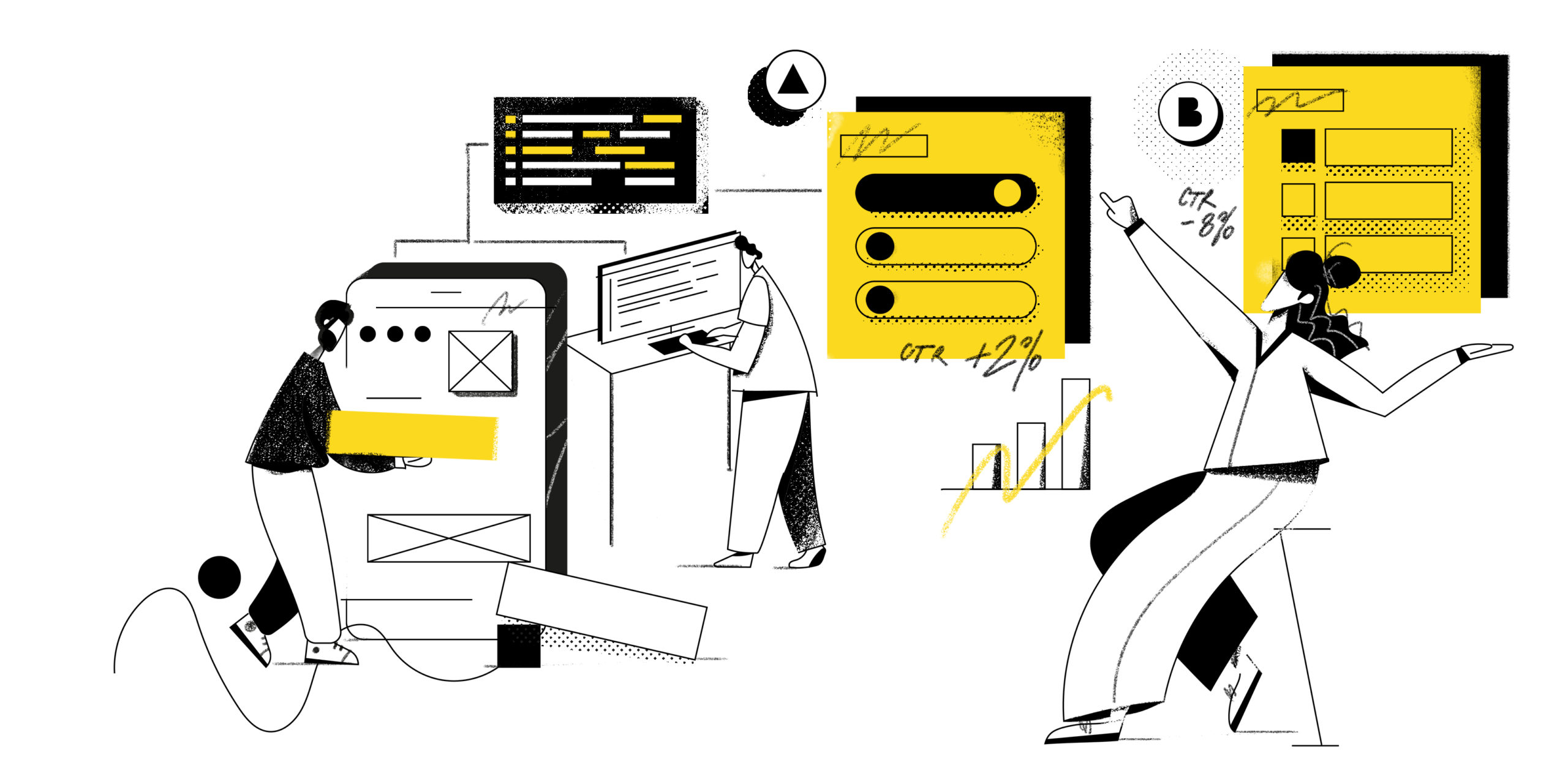 Experimentation – a Function of Business Growth

The digitalisation of the last five years has defined the digital world as a fast and rapidly transforming environment where companies are challenged to shift from planning to doing. Large companies had to keep up with the pace dictated by agile startups or face losing customers to the plethora of new services and business models.

For slower companies, remaining focused on internal processes and planning, instead of „trying things out” poses a risk of neglecting customer needs and eventually losing out to smaller players.

Equipped with an ever growing set of innovative and automated digital tools, startups can take an idea and rapidly test it on the market. There is an excellent example of how startups operate in a keynote masterpiece by Anssi Rantanen. The ex-Googler presents here the tactics and advantages of being able to build and test products or services at speed – a feat larger companies struggle with.

Are big companies bound to lose the battle?

However, to state that large organisations are ill-equipped to compete with startups is a bit of an exaggeration. Considering a company's potential is measured with human capital and market access, large companies seem to have a massive advantage over startups. It is often the large corporations that can afford the best human capital on the market, and it is also the same companies that have access to large customer groups. What it seems those companies are missing is an environment where the human capital inside the company can experiment with innovative ideas at speed and validate those ideas early. That is what we at Unravel call the Culture of Experimentation.

Working with multiple clients from around the world, we quickly discovered that by stating – 'companies must experiment more and at greater speeds', we are only repeating slogans CIOs and CEOs are being bombarded with on multiple innovation hubs and growth events. For us, the Culture of Experimentation hinges on two key elements, that require larger companies to change the way they run their business.

Experimentation means being open to user and internal feedback

In the digital world, companies trying to stay ahead are frequently aiming at a moving market – the technology, customer needs and market behaviours can undergo radical changes in a matter of months. This unpredictability requires not only speed when testing new solutions, but more importantly, the openness to include multiple interest groups at early stages of product research and development. Every single test performed with the end-user generates bits of tangible information that validates the company's confidence in the new idea and significantly increases the chance of generating positive users' emotions. The more user experiments the company performs, the greater the insight into the developed product, and the better the user satisfaction upon introducing the solution to the market.

This ability to quickly deliver beneficial improvements to a product is the reason Big Tech and companies such as Airbnb, Booking.com or Netflix perform thousands of experiments every day - you are unlikely to find the same offering with every visit to their website. Their confidence in rapid product experimentation has allowed them to look at their products as part of their research and development strategy, rather than a "ready to go" solution. That shift of focus would not be possible without the nurturing of Culture of Experimentation inside those companies. It would not be possible without another significant element that might be missing in larger companies.

Experimentation means having the courage to fail

One of the primary benefits of experimentation is that it allows companies to kickstart digital projects even at the prototype stage and learn more about its purpose along the way. The risk inevitably linked to experimentation makes it unfavourable among corporate structures where the ability to predict the likelihood of an innovative endeavour succeeding is more important than defining the right product. For those companies failing to meet the defined goals means the experiment itself was a failure.

However, when looking at Google, the courage to fail allowed the most successful tech giant on the market to leap ahead of its competitors in the race for innovation. The company that from its launch focused on developing a strong culture of experimentation and courage to fail. One of the best places to find evidence of their approach is the so-called 'Google graveyard' – a list of products and initiatives killed off by Google, products that paved the way for many other products and solutions loved by their users around the world.

Google's example proves that it is through multidisciplinary experimentation teams and tech solutions open for testing by various interest groups that companies have a greater chance of identifying business problems worth solving.

The unexpected benefits of experimentation

Getting hard data or sometimes a little data from what seems to be a failed experiment, is one thing, but the more prominent benefits of performing a successful experiment inside your company is sawing the seeds for Experimentation Culture.

After performing many experiments with companies around the world, we discovered that the process of running experiments offers large companies the chance to transform its team members into close collaborators in tackling business problems. We also discovered the process empowers the more talented individuals, previously tied-up by inherited structures and slow procedures, to identify growth opportunities and quickly test their ideas. Even a failed experiment may result in a few unexpected yet beneficial career development twists inside a company, which is open for experimentation.

By embracing the Culture of Experimentation, companies create the perfect environment for growth - where innovation leadership can openly form and thrive, empowered by design methods.

If you feel that a digital project can have an impact on your business performance, the experimentation process will, sooner or later, guarantee a successful result. If not by directly impacting your business performance, then by building a team of problem solvers inside your company as long as you have the courage to be inclusive and sometimes fail.

If you want to learn more about business growth services Unravel offers - check out our Services page or book a 1hr consultation with one of Unravel's experts. We will be happy to answer your questions, share our expertise and discuss growth opportunities at your company.